Tommaso Giordani and Henry Mead published a research article on Thomas Ernest Hulme and the British reception of Georges Sorel in Modern Intellectual History. The paper argues that Hulme’s reading of Sorel as a moralist was an act of creative re-invention of the French thinker, and that it broke with much of the pre-existing British reception of Sorel. It comes with a bibliography of mentions of Sorel in Anglo-American publications between 1902 and 1922, the year of Sorel’s death.

A PDF version is available in the link at the bottom.

Henry Mead has published a chapter on Edward Carpenter’s modernist philosophy of history in the essay collection Heresy and Borders in the Twentieth Century, edited by Karina Jakubowicz and Robert Dickins (Routledge, 2021), pp. 28-46. (https://doi.org/10.4324/9781003090649)

Daniele Monticello has published a chapter entitled ‘Lotman and Deconstructionism’ in The Companion to Juri Lotman: A Semiotic Theory of Culture, eds. Marek Tamm and Peeter Torop (Bloomsbury, 2021).

Liisi Keedus has published an article on the political thought of Swiss theologian Karl Barth, entitled “‘The snake biting its own tail’: Karl Barth on the modern promise of politics”. The piece appears in the International Journal of Philosophy and Theology, and is available here. 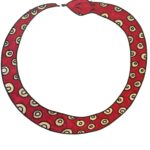 Tommaso Giordani has published a review of Quinn Slobodian’s Globalists for Jacobin Italia. It is available here. 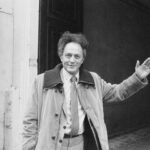 titled “Zeev Sternhell, l’antilluminismo, ed il fascismo come possibilità ricorrente“. Written in the Italian language, the article examines the centrality of the Enlightenment/anti-Enlightenment distinction in Zeev’s Sternhell’s work, arguing that it constitutes the conceptual core of the Israeli historian’s oeuvre. A shortened version of the same argument can be found in English in Ideology, Theory, Practice, the blog of the Journal of Political Ideologies, under the title “Fascism as a recurring possibility: Zeev Sternhell, the anti-Enlightenment, and the politics of an intellectual history of modernity“.

Henry Mead published a review of Autarchies: The Invention of Selfishness by David Ashford, a study of Max Stirner’s legacy in modernist writing, in the journal Affirmations 23 May 2021 (Green access here)

Henry Mead has published an online encyclopedia entry on Edward Carpenter’s career and theories of history in The Literary Encyclopedia (Volume 1.2.1.07: English Writing and Culture of the Victorian Period, 1837-1901)